I wasn’t going to write about this. I was going to lie down with headphones on like I did in my teens. The way I heard “Heroes” for the first time. Listen to the album he released last Friday. The album that was a part of his death. But I can’t. I can’t put it on. Not just yet.

It all seems so clear now. He looked old and frail in the videos to Blackstar and Lazarus. Unlike the videos he made three years ago. Subconsciously, I wondered how it could be. Consciously, I ignored it. Avoided the subject. 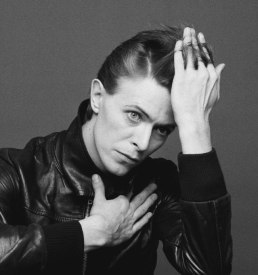 It’s a wonder, really. Even his death was art. He had been ill for a year and a half. He went into the studio, knowing what was to come. He created a masterpiece, a record that surpasses everything he’s done since the 1970s. Yes, it’s better than Scary Monsters. He released the album on his birthday, giving it no chance to be a “dead man – huge hit” thing. It was a regular release on Friday. A baffling album that so painfully, makes perfect sense now. Two days later, he goes. Last single he released was Lazarus. Look up here, I’m in heaven. I have scars that can’t be seen. What did we know?

David Bowie was in control. He even designed our experience of his death.

My first real encounter with David Bowie was in 1983. I’m a Let’s dance kid. I heard the singles on the radio because they were the biggest thing around. My uncle borrowed the album and the Best of Bowie (the original 1980 K-Tel release) as he was learning the guitar. I don’t know if he ever played them, but I was hooked. Played Let’s Dance until it was engraved in my being. Then the Best of… realised his earlier stuff was way more interesting. The rest is history. I was a fan for life.

Me finding Bowie coincided with the passing of my father. I have always believed that it had something to do with it. He filled the void. Became so much more than just a rock idol. I felt like I understood him. I was relieved when he released Tin Machine. I remember listening to it, thinking “yes, you did it”! I followed his experimentations throughout the 1990s. Saw him numerous times live in the 1996-2004 period. Every album reinforced his genius, or our connection. I recognised passages from my 2013 novel in one of the songs on his new album. Did he read it, or had he influenced me to such an extent that I was thinking and writing like him? It’s bollock, obviously. I don’t believe he never knew I existed, but we spoke the same language. We were on the same page. He was always a step ahead, but I felt like I caught up with his thinking. I always understood him, or so I thought.

But this isn’t about me. This is about a legend. The man who fell to earth and sprinkled us earthlings with stardust. He is gone now. He will never surprise me again with his wit and he will never infect me again with his sense of wonder for the world and the odd things in it. Except when I go through his awesome catalogue and rediscover the gems he left behind.

A legend is gone, but he will live forever.