I have decided to stop charging for my books.

Writing is a passion. Certainly in the beginning, before you build an audience. You write because there are voices, people and stories in your head that want to get out into the world.

If you’re lucky, you sell a million books and can make a living from your passion. I never reached that. I’m not sure if it’s a good thing or not. I remember when I started making films and videos for a living, my hobby became a source of income and I was forced to make more videos and films. The magic was gone.

Would that have happened in writing? I’m not sure. Writing involves less people and I can do whatever I please. This probably changes as you hit a nerve and build an audience and have to please them in some way. But as a hobby writer without an audience to speak of, I could write whatever I wanted. It remained fun up until the end.

My first novel dealt with an Icelandic business man entangled in seemingly supernatural events. It was a story that just came into being, I was just there to write it. My second dealt with the Spanish Civil War because I was interested in that at the time. My third (unpublished) took a look at life in Amsterdam in the final year before World War Two broke out.

Recently, I created a medeaval world where the gods interfere with the lives of the people, where the church and king try to retain power and the kids try to break out of their routine lives, either by joining the army or planning a revolt against the gods and king. I never finished that.

Those are all wildly different projects. I’m not sure if it’s because my interests are all over the place (they are) or if I haven’t found my voice or niche. Knowing myself, once I’d found my niche, I would try to break out of it.

There is a problem. I don’t have the time to explore my voice, my audience or thoughts in general. A full time job, family and the usual stuff leaves little time to write. That’s why it takes three years to write novels, why I don’t have time to properly publish them. It is the reason why I finish a draft and then leave it for a year or more until looking at it again. Blood and Rain was as good as ready in early 2016 but was published a year later. Mont Noir, the Amsterdam based novel, could have been published in 2018, but… you get it.

Up until now, I have sold my books at low prices. I’m not in it for the money and they don’t sell enough to make a difference to my finances. So, I came to a conclusion.

From today, all my books will be free. They will cost you nothing. I don’t care if I earn €2.99 per book or nothing at all. My job pays me, so my books don’t have to.

If you always wanted to read my novels but never had the money, now is the chance. The price has been implemented at Smashwords and should trickle to other retailers in the coming hours.

Thanks for your support.

To celebrate the arrival of 2019 and the fact that I’m obsessively working on my third novel, and planning to publish it in 2019, I have created coupons that allow anyone to buy my novels for nothing. The two first novels, Under the Black Sand and Blood and Rain are absolutely free at Smashwords for a short period of time.

If you don’t have them yet, jump over there and get them. Time is short.

And see you later in the year when Mont Noir becomes a thing.

The free novels can be found here. 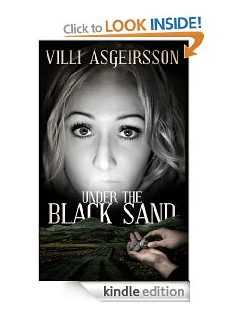 The wait is over.

Under the Black sand has been published in the Amazon Kindle store.

My debut novel has finally been made available to the world. But there is a slight issue. I had hoped to post one worldwide link, but that’s not how it works. I am currently in the Netherlands. To order it on the US site, I’d pay a premium. I can’t order it at all from the UK store. My best option is the German store. Any potential reader is forced to visit a store close by. Kind of defeats the purpose of electronic distribution, but who am I to argue with a massively huge international corporation?

So here are links to the three stores listed above. Please use the one closest to you or shop around for the lowest price.

Thanks to any and all that follow the links, do the purchase and read the novel. Your interest is much appreciated.

One of the best “how to write” books I ever read is Wannabe A Writer by Jane Wenham-Jones. It is funny and extremely informative. And it can be downloaded for free today. Edit: And now I’ll dampen my enthusiasm a bit. This download is available to people in the UK only. If you are in the UK, get the book, it is still great. Amazon disappoints me though. I guess I saw the Kindle revolution as a new and brighter world, where we would be able to share information and literature, but the pennymen had to put their restrictions on it. I wonder why this decision was made. I don’t see the sense in it.

A lesson learned for when my book gets published. Will the author be able to influence the business decisions around the distribution? We shall see.